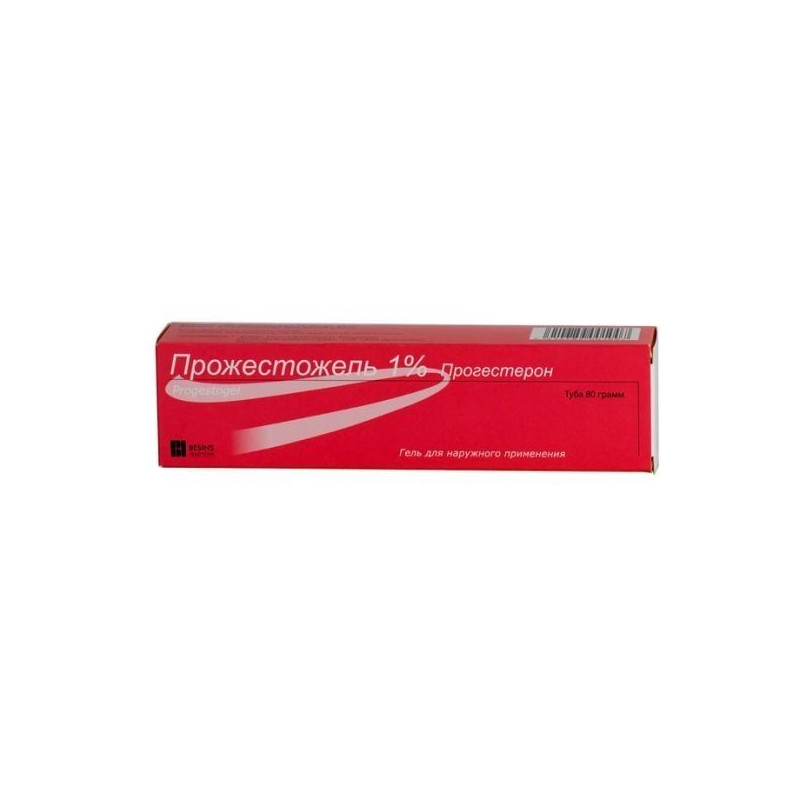 Prostozhel - a gestogen for external use. Progesterone is an active ingredient of the drug. Progesterone is based on blocking estrogen receptors, which improves fluid absorption from tissues and decreases the pressure of the milky ducts, as well as blocking prolactin receptors in the breast tissue, which leads to a decrease in lactopoiesis. Local use of the drug, creating high concentration of progesterone in the area of ​​application, does not have a systemic effect and avoids undesirable side effects. Mechanism of action Progestogel is based on increasing the concentration of progesterone in the tissues of the breast. Progesterone reduces the expression of estrogen receptors in breast tissue,and also reduces the local level of active estrogens by stimulating the production of enzymes (17 beta-hydroxysteroid dehydrogenase and estrone sulfotransferase), which oxidize estradiol to less active estrone (by linking the latter, the enzymes turn it into inactive estrone sulfate). Thus, progesterone limits proliferative activity in the progesterone to proliferate into inactive estrone sulfate). mammary gland. Also, progesterone has a slight natriuretic effect due to inhibition of tubular reabsorption and increased cell filtration, rotating fluid retention during secretory transformations of the glandular component of the mammary glands and, as a result, the development of pain syndrome (mastalgia or mastodynia). In addition, the transdermal method of administering gestagen also allows you to affect the state of the glandular epithelium and vascular network, resulting in a reduced capillary permeability, decreases the degree of edema of the breast tissue, the symptoms of mastalgia disappear.