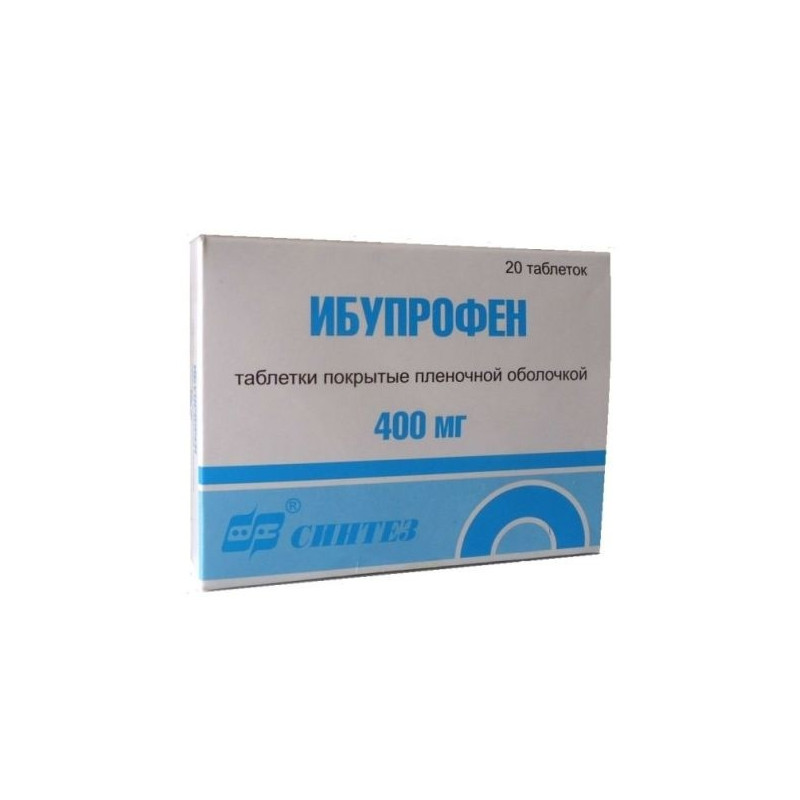 Ibuprofen is a nonsteroidal anti-inflammatory drug, a derivative of phenylpropionic acid. It has anti-inflammatory, analgesic and antipyretic effects. The effect of the drug is due to inhibition of prostaglandin synthesis by blocking the enzyme cyclooxygenase.
Suppresses platelet aggregation. With prolonged use has a desensitizing effect.

During pregnancy, the drug should be used only as prescribed by a doctor.

With caution, the drug is prescribed to patients with impaired liver, kidney, cardiovascular diseases, with a history of gastric ulcer and / or duodenal ulcer, bleeding from the gastrointestinal tract.
Compared with other NSAIDs, Ibuprofen has the least ulcerogenic effect on the gastrointestinal mucosa.
With prolonged use of the drug, it is necessary to monitor the function of the liver and / or kidneys, the picture of peripheral blood.

With the simultaneous appointment of ibuprofen may cause a decrease in the diuretic effect of Furosemide.
When combined, Ibuprofen enhances the effect of difenin, coumarin anticoagulants, oral hypoglycemic drugs.

In a dry, dark place at a temperature not higher than 25 ° C. Keep out of the reach of children.

Do not use after expiration date.