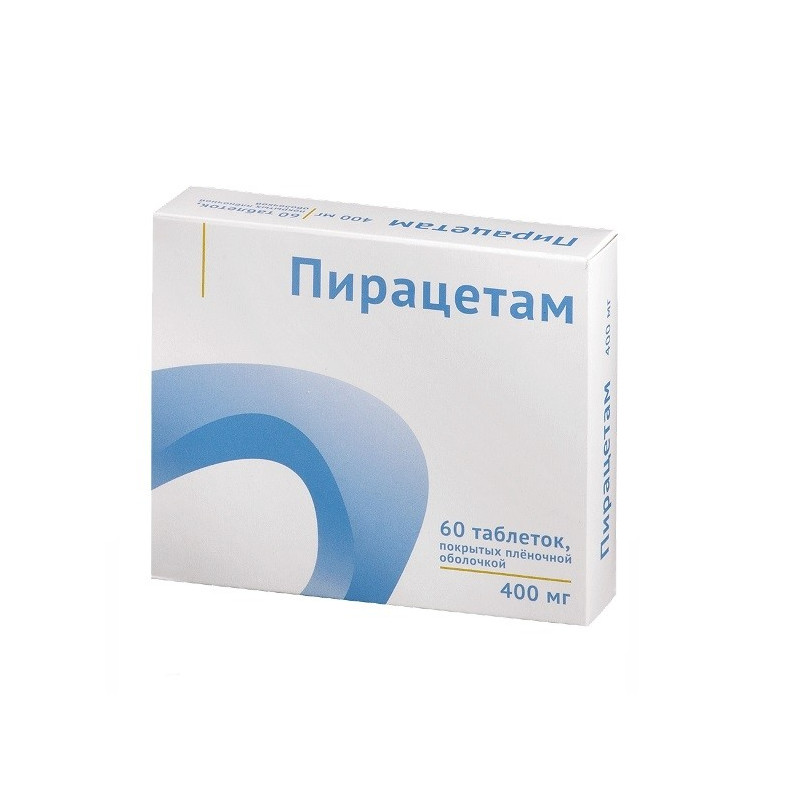 Piracetam is a nootropic agent. It has a positive effect on the metabolic processes of the brain: it increases ATP concentration in brain tissue, enhances the synthesis of ribonucleic acid and phospholipids, stimulates glycolytic processes, and enhances glucose utilization. It improves the integrative activity of the brain, contributes to the consolidation of memory, facilitates the learning process. Changes the speed of propagation of excitation in the brain, improves microcirculation, without exerting a vasodilating effect, inhibits the aggregation of activated platelets. It has a protective effect in brain damage caused by hypoxia, intoxication, electroshock; enhances alpha and beta activity, reduces delta activity on EEG, reduces the severity of vestibular nystagmus. It improves communication between the hemispheres of the brain and synaptic conduction in neocortical structures, improves mental performance, and improves cerebral blood flow.

Piracetam is used in neurological, psychiatric and drug treatment practices.
In neurological practice, Piracetam is used mainly in vascular diseases of the brain (atherosclerosis, hypertension, vascular parkinsonism) with symptoms of chronic cerebrovascular insufficiency, manifested in impaired memory, attention, speech, dizziness and headache; in violation of cerebral circulation and in comatose and subkomatoznyh states after injuries and intoxications of the brain, as well as during the period of rehabilitation therapy after these conditions in order to increase the motor and mental activity of patients. Piracetam is also used in patients with diseases of the nervous system, accompanied by a decrease in intellectual-mental functions and disorders of the emotional-volitional sphere.
In psychiatric practice, piracetam is used in patients with neurotic depressive states of various genesis with a predominance in the clinical picture of signs of adynamia, asthenic and senesto-hypochondriacal disorders, ideator retardation phenomena, as well as in the treatment of sluggish-apathetic defective states, senile and atrophic processes, in complex therapy mental illness occurring in the "organically inferior soil." In addition, piracetam is used as an adjunct in the treatment of depressive diseases resistant to antidepressants, as well as in the poor tolerance of neuroleptics and other psychotropic drugs in order to eliminate or prevent somatovegetative, neurological or mental complications caused by them.As an aid, piracetam can be used for epilepsy.
In narcological practice, the drug is used as a means of relieving abstinence, pre- and delirious conditions in alcoholism and drug addiction, as well as in cases of acute poisoning with alcohol, morphine, barbiturates, phenamine, etc. In addition, piracetam is used in the treatment of chronic alcoholism with symptoms of persistent mental disorders (asthenia, intellectual disturbances, etc.).
Indications for children. If necessary, speed up the learning process and eliminate the effects of perinatal brain damage caused by intrauterine infections, hypoxia, birth trauma, oligophrenia, mental retardation, cerebral palsy.

Patients with impaired renal function in the history of the drug is prescribed with caution; Correction of the dosage regimen taking into account the values ​​of creatinine clearance is necessary for this category of patients.
In case of sleep disorders, it is recommended to cancel the evening drug intake by adding this dose to the daily intake.
Piracetam penetrates through the filtration membranes of hemodialysis machines.
Care should be taken when working with mechanisms.

Increases the effectiveness of thyroid hormones, antipsychotics (neuroleptics), indirect anticoagulants (against the background of high doses of piracetam), psychostimulants.
When administered with antipsychotics, it reduces the risk of extrapyramidal disorders.

In a dry, dark place. Keep out of reach of children.