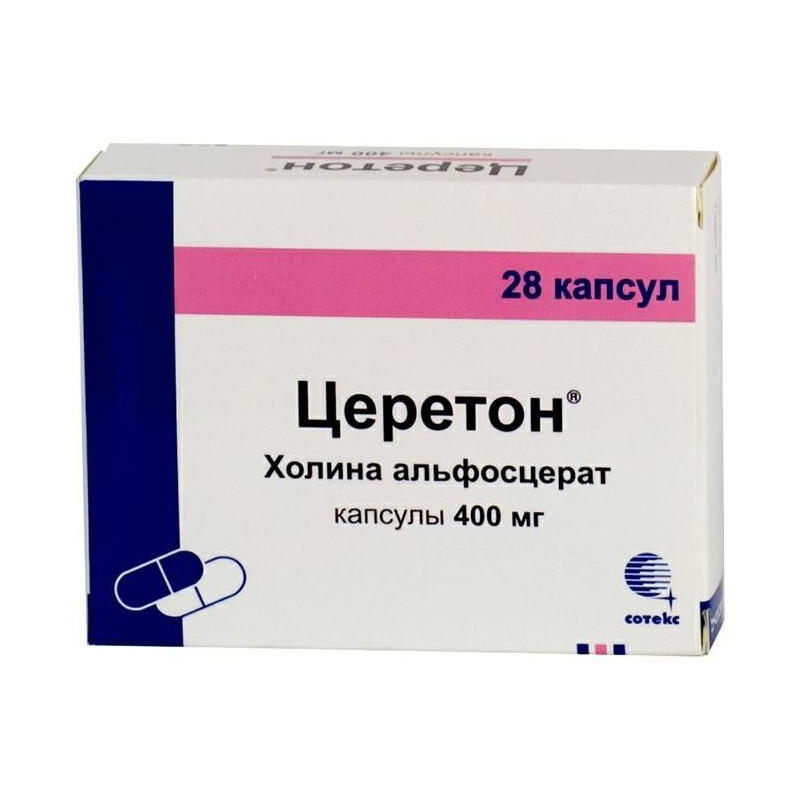 Cereton is a nootropic agent. Central holostimulyator, which contains 40.5% of metabolically protected choline. Metabolic protection contributes to the release of choline in the brain. It provides the synthesis of acetylcholine and phosphatidylcholine in neuronal membranes, improves blood flow and enhances metabolic processes in the central nervous system, activates the reticular formation. Increases linear blood flow rate on the side of traumatic brain damage, contributes to the normalization of the spatial and temporal characteristics of spontaneous bioelectric brain activity, regression of focal neurological symptoms and recovery of consciousness; It has a positive effect on the cognitive and behavioral reactions of patients with vascular diseases of the brain (dyscirculatory encephalopathy and residual cerebrovascular events). It has a preventive and corrective effect on the pathogenetic factors of involutional psychoorganic syndrome, changes the phospholipid composition of neuronal membranes and reduces cholinergic activity. Stimulates dose-dependent release of acetylcholine under physiological conditions; participating in the synthesis of phosphatidylcholine (membrane phospholipid), improves synaptic transmission, plasticity of neuronal membranes, receptor function. It does not affect the reproductive cycle and does not have a teratogenic, mutagenic effect.

Nausea may occur (mainly as a consequence of dopaminergic activation), in which case the dose of the drug is reduced.
Allergic reactions.

In the dark place at a temperature of no higher than 25 ° C.