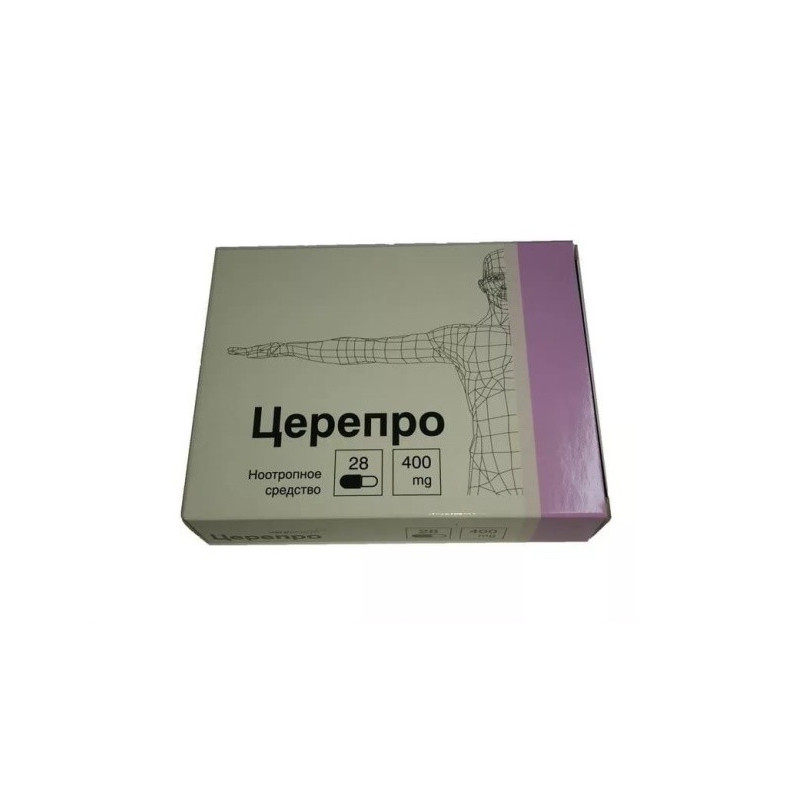 Capsules soft gelatinous, from red to brown color, oblong; the contents of the capsules are oily, clear, colorless or slightly colored liquid.

Cholinomimetic central action, which contains 40.5% of metabolically protected choline (metabolic protection contributes to the release of choline in the brain). When ingested, it is broken down by the action of enzymes on choline and glycerophosphate: choline is involved in the biosynthesis of acetylcholine, one of the main mediators of nervous excitation; glycerophosphate is a precursor of phospholipids (phosphatidylcholine) of the neuronal membrane. The drug provides the synthesis of acetylcholine and phosphatidylcholine in neuronal membranes, improves blood flow and enhances metabolic processes in the central nervous system, activates the reticular formation; increases linear blood flow velocity on the side of traumatic brain damage,contributes to the normalization of the spatial-temporal characteristics of the spontaneous bioelectric activity of the brain; It has a positive effect on the cognitive and behavioral reactions of patients with vascular diseases of the brain.

The drug improves brain function by acting on the pathogenetic factors of involutional psychoorganic syndrome, changes the phospholipid composition of neuronal membranes and reduces cholinergic activity. Dose-dependent stimulates the release of acetylcholine, participating in the synthesis of phosphatidylcholine (membrane phospholipid), improves synaptic transmission, plasticity of neuronal membranes, the function of receptors.

- psychoorganic syndrome on the background of degenerative and involutional changes in the brain;

- hypersensitivity to the drug.

Gastrointestinal: nausea (as a consequence of dopaminergic activation).

Drug interaction of the drug is not installed.

Atchronic conditions the drug is administered orally at 400 mg (1 capsule.) 3 times / day. The duration of therapy is 3-6 months.

Capsules are recommended to take before meals.

in a dry, protected from light and inaccessible to children place at a temperature of 25 ° C.