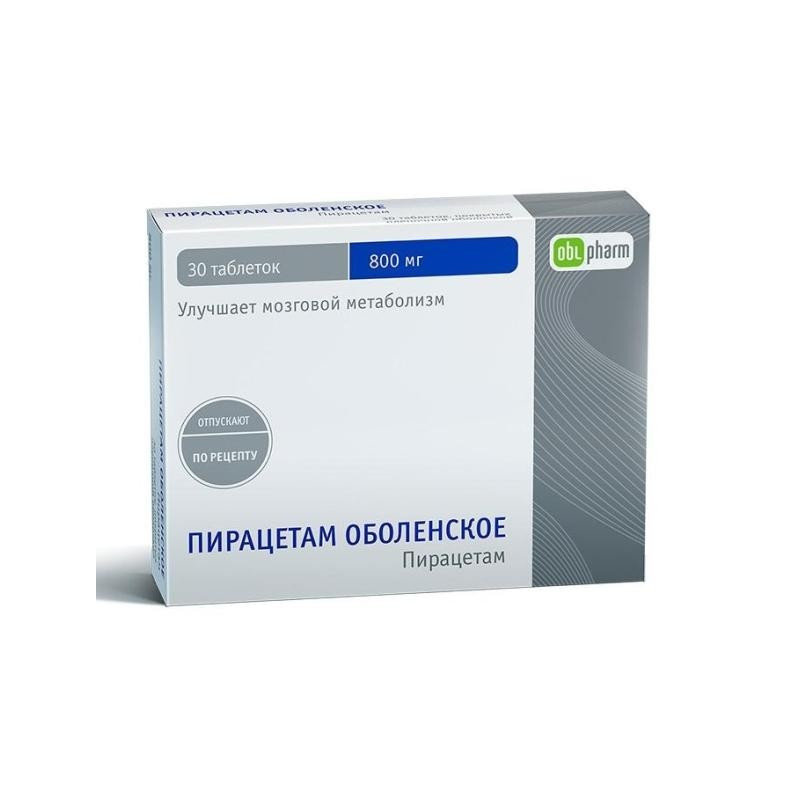 Due to its antihypoxic effect, piracetam is effective in complex treatment of myocardial infarction. Anxiolytic and sedative effects of piracetam are absent.

Almost completely and quickly piracetam absorbed after ingestion. Bioavailability is 100%.When ingestion of 2 g of the drug, the maximum plasma concentration is 40-60 μg / ml after 30 minutes. Piracetam does not bind to plasma proteins. After 2-8 hours, the maximum concentration in the liquor is created. Piracetam penetrates all tissues and organs, and penetrates through the placental barrier. Almost not metabolized. Selectively accumulates in the cerebral cortex, mainly in the parietal, frontal and occipital lobes, basal ganglia and cerebellum. The plasma half-life of piracetam is 4-5 hours; from liquor is 6-8 hours. More than 95% of the drug is excreted unchanged by the kidneys after 30 hours. In patients with renal failure, the half-life increases.

Taking piracetam is contraindicated during pregnancy. During therapy with piracetam, breastfeeding should be discontinued, as the drug passes into breast milk.

During a meal or on an empty stomach, with a liquid.

Treatment of cortical myoclonus: start with a dose of 7.2 g per day, every 3-4 days the dose is increased by 4.8 g per day until the maximum dose of 24 g per day is reached in 2-3 doses. Treatment continues throughout the entire period of the disease. Every 6 months, attempts should be made to reduce the dose or cancel the drug, gradually reducing the dose by 1.2 g per day every 2 days.

Treatment of dyslexia in children (in combination with other methods of treatment): the recommended daily dose for children from 8 years old and adolescents is 3.2 g, divided into 2 doses.

When overdosing with piracetam increases the side effects.

In a dry, dark place. Keep out of reach of children.